Do you own a tool bag? Or worse… a bucket?? First Impressions are everything, with both your customers, and those working around you.  If you portray to be a slob with your tools, why wouldn’t it be perceived that your work will be the same? It is time that we, as a whole, step it up! Make your trade stand apart. Better yet, make yourself stand apart from all the others on the jobsite.  Add a level of organization to your tools, to your job, and to yourself.  You will feel much better!

There is NOTHING Lean or organized about this.  If you remove a tool, how do you know it is missing?

Just the simple process of adding Kaizen foam tool box inserts to your arsenal will give people a better perception of you.  You will look and feel more professional.  When you know where everything is, a level of stress is eliminated.  When you are cleaning up at the end of the day, your are much more likely to leave with all the tools you showed up with.  As you open the drawer or toolbox and see that shadow of where your tool should be, you will now go locate and put it away in its proper place. So the next time you need it, it will be there, resting, safely, and securely. Protect your tools and life long investment with a little bit of Kaizen Foam (made by FastCap)  If  you dont see your tool box listed on www.KaizenInserts.com, send an email to brian@kaizeninserts.com –  Maybe, just maybe, it is available or on the list to become available!

Wouldn’t you prefer this?

JUST REMEMBER: IF YOU SPEND A LITTLE TIME, YOU WILL SAVE A LOT OF TIME! 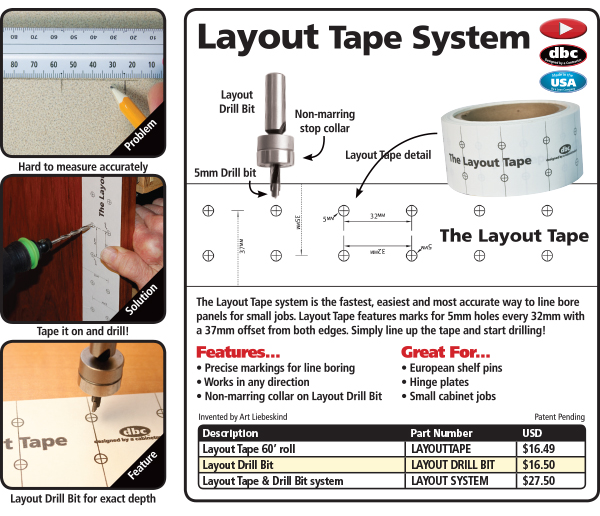 A Tricked Out Miter Saw Cart

Five wheels and a half-sheet of plywood are all it took to build this ingenious mobile base.

The mobile base carries a miter saw stand and multiple tools—including a compressor and dust extractor. The stand is a BestFence Pro 3 and the dust hood is a prototype of a new ChopShop hood. Both tools are from FastCap. On the stand is an 8 1/2-inch Hitachi slide miter saw.

The rolling base reduces the amount of time we spend walking to the saw, by making it easy to keep the cut station close to the work.

To keep the stand from sliding around, the legs drop into 2-inch rubber pipe caps screwed to the base. A plywood frame holds the dust collector in place. Note the tool bag tucked between the compressor and vac.

Cutoffs and trash go into the orange bucket—which pivots out for easy access and tucks away for transport.

My company installs millwork and trim on commercial projects, some so large we might have to walk ¼ to ½ mile inside the building to reach the place where the work is to occur. And the work might be spread out over a large area, as was the case on a recent project where we trimmed a ¼-mile long corridor in a hospital.

At the beginning of the job I realized we’d have to set up our cut station multiple times or spend a lot of time walking back and forth from wherever it was. I didn’t feel like wasting that kind of time so I built a mobile base for our miter saw stand from a sheet of plywood, some casters, and a handful of fasteners. Including design time, the base took just over two hours to build—time well spent given the countless hours we saved by keeping the cut station close to the work.

The base has five 2-inch rubber casters, two at each end and one in the middle. The back edge is stiffened by a 6-inch vertical rip of plywood. The center wheel is at the non-stiffened edge so the base can float (flex) over humps in concrete floors. Because the casters are small, they offer enough resistance that there’s no need to lock them when using the saw; the stand only moves when I want it to.

The base was made to fit FastCap’s BestFence stand—though really, it could have been designed to carry any commercial or home-made saw stand. To keep the stand in position, each of its four feet lands in a 2-inch rubber pipe cap that is screwed to the base. Between the legs we carry a small ultra-quiet compressor, dust extractor, and the safety cones the hospital requires us to use. The dust extractor is held in a cradle to keep it from rolling around and the trash can swings out on a plywood pivot for quick and easy access. With all of this stuff on the base there is still room to store a tool bag, nail guns, and other small items. We hang our hoses and cords from the BestFence handles. When it’s time to move we simply roll the base to wherever the cut station needs to be.

I’ve built this cart more than once, modifying the design to suit the job at hand. Typically, I unload at the loading dock, put everything on the base, and then roll it to the work area. If there are stairs, I won’t load the cart till I get everything to the top-at which point I’m able to roll it around the facility. The base saves us a lot of time by making it easy to keep our cut station and associated tools close to the work area. We use it in much the same way as we use our mobile tool cart.

More from TOOLS OF THE TRADE­

The crown in the top right photo IS in fact the crown in the bottom photo. Just cut & glue, nothing else. Why you ask?? Because I was shorted in quantity, so we had to make it work and finish the job!

All the basic necessities kept on board this cart are especially good for punch list time.